Zodiac N Black are one of those bands I've been keeping a close eye on as simply, they're going places! Testament to their success and rising presence on the scene is a recent feature in Classic Rock Magazine which also includes their video for Only The Lonely - a track which is testament to their style, ability, and the force you can expect to see on a live stage.

Check out the video below to see what you reckon of how they're getting on, and read the full article on Classic Rock HERE. 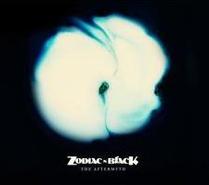 We featured Zodiac N Black a while back, so when Edward dropped me a line recently about their new album, I jumped at the chance to see how they’d been getting on in the studio. Based on previous experience, these guys were going to be one of those bands who I wanted to see develop, so how has some time helped them with their new music?

Opening with Bastinado there’s immediately a sense that this is a band who have been working hard to develop their sound, to create an identity for themselves, and by heck I think they’ve done it! Opening with a hammering riff before throwing down into a catchy track fuelled by funky bass, pounding drums and a downright awesome sound, the mix is one which immediately grabs your attention and pulls you in. Give this track a couple of listens and you’re going to be singing ‘release me’ for days to come, one hell of a start to an album! A Necessary Evil continues this theme, opening with a raw sound of guitars which build into the track beginning fully, there’s a real sense of an epic performance here, throwing in the edge of drama as well as the downright awesome music. What’s most striking about this track is how tight a unit the band is, they all work seamlessly together to form a track which is once again funky yet hard hitting, heavy yet melodic and quite simply, one which is crafted for the live scene.

Only The Lonely doesn’t offer any release from the onslaught from the band, once again throwing straight into a bass fuelled riff and keeping the pace moving. Breaking down for the main verse sections of the track, this is one which seems to throw contrasts out at you which in turn, accentuates the all out power of the chorus sections. Funky once again, it’s impossible not to move along to this track, whether it’s banging your head or tapping your feet, it’s going to get you shifting! The Joke Is On Us on the other hand seems to present a moment of reflection, a moment where you can take in everything that’s happened so far and reflect on what you’re hearing. Slower, softer and more emotionally laden, this is a serious highpoint on the album and a track which I would highly recommend everyone checks out.  As the track reaches is crescendo and comes to a close, Better Off Dead takes the lead and seems to transport us to a world of classic rock. Throwing out some treble laden guitar hooks combined with more of those soaring gravelly vocals, this track is another moment which demonstrates that these guys are going to be a band to keep an eye on!

Seems Like Better Times continues the upbeat approach to things, opening as it means to go on with a fast drum track, heavy guitars and fast paced vocals to keep everything moving. The sense of raw power almost oozes out of this track, creating a sound which is going to energise everyone who hears it and electrify live shows from the off. As if to once again throw a contrast into the mix, Who’s The Fool (Part One) comes in to take the lead next and slows everything down, opening with a soft acoustic line and once again encouraging you to sit back and think about what’s been happening so far. Full to the brim with emotion, this is a track which stands out as another highpoint on the album, and one which is going to get these guys some serious recognition if it’s picked up on. The track is commercial enough to be played on the radio, yet firmly based in rock so as to keep the rock fans happy at the same time, a mix which few bands can achieve with success.

Bad Pills on the other hand is a track which will leave no doubt in your mind as to who these guys are, opening with a hammering riff underpinned by equally heavy drums, all summed up by a funky bass line and more of those soaring vocals. Somehow managing to keep the heavy mix funky, there’s a real sense here that this is another track which the band have tried live and know it works, it’s got that anthemic feel which is going to get everyone singing along from the outset. As if to add a little more questioning to proceedings, Making An Enemy is another slower track as it begins, opening with a soft yet dark guitar line which suggests at more to follow. Throwing down into a heavier riff to get things moving once again, this time layering the sound up with lead snippets and hammering drums, this track is another moment which shows how tight a unit they are, all of the instruments working in unison to craft a sound which is quite simply massive.

Closing with Lights On Blues, the album leaves you gasping for more and clawing for that rewind button to go through it all again. Closing as it began, this track is testament to a band who have worked hard, thought about their sound and produced an album which reflects their efforts. From the word go up until the closing moments of this track, there’s not a moment when there’s not something going on, not something of interest or anything which makes you think negative of the band. This track may well close the album, but it seems to open the door to a new chapter for the band, suggesting that what is to follow is going to be just as epic.

I liked Zodiac N Black when I first heard them, but I was never sure how they were going to craft a full album and manage to keep the energy running through it without it becoming repetitive or boring – but this has shown me the answer. Fast paced at times, slow at others, but always firmly focused on the music and the reaction it will evoke, this album is going to sit happily amongst the others on my shelf and receive just as much (if not more) plays. If you’re looking for an album which shows you what a band can achieve with some hard work and determination, then this is it – and I highly suggest you get out there and check it out!

To find out more about Zodiac N Black, check out their Facebook page HERE.

Check out their new video for Bad Pills below!

Zodiac N Black were recommended to me as a band I should check out to get a review posted of. They’ve already had solid reviews posted, one of which is posted on their Facebook page, which suggest that these guys are a real treat to listen to, so I thought it only fair to add my own 2 pence worth as well!

A Necessary Evil opens raw and edgy from the outset, adopting an almost Southern Rock style to their riffs before pulling back and bringing in some Indie style vocals. What makes this stand out though is the pumping guitar and solid drum track behind the vocals at first which then contrasts into the vocals taking the lead and creating an even catchier sound, which then changes into a bass line building up to the track fully finding its form. Catchy doesn’t do this track justice, it jumps from section to section creating a unique sound akin to early period grunge bands intermixed with modern indie bands all combined with a little Southern Rock and a twist of solid Rock – I can’t put these guys in a genre which full describes them but suffice to say it’s good!

As Better Off Dead kicks in the pace changes somewhat to an almost 60’s/70’s rock style opening track, adopting a funky edge to the music yet retaining that originality the band created in the previous track. This track is a little more off beat than the track 1 yet is still easily accessible as you listen to it. Keeping the bass high in the mix of the track backs up the vocals to create a good depth of sound, all reinforced with multiple layers of vocals and guitars. Catchy once again, this track once again demonstrates the bands ability to write tracks which can appeal to people across a range of musical tastes.

Final track Bastinado picks the pace up once again, using a roving bass line under spoken vocals to build into a funky and fast paced track. Asking the audience to ‘release me’, this track is bound to be a winner on the live scene, you can imagine the crowds chanting along with the band as they power through the track. Breaking the track down to simpler elements at times, the band once again create contrasts in their music which keep the track interesting and appealing throughout, something which is often lost when a band tries to hard to make a track catchy. This track finishes the selection but will leave you questioning whether what you just heard was actually these guys or a famous band releasing tracks under an alias, it’s incredibly accomplished.

I can’t give Zodiac N Black a genre which fits them purely because they seem to span several in their music. Heavy without being imposing, catchy without being pop, Southern without being cheesy, these guys have created a sound which is unique to them and which is a winning recipe. I am sure that I they can get word out there of their existence there is going to be big things happening for them very very soon!

To find out about Zodiac N Black for yourself, check out their Facebook page HERE.