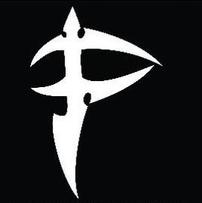 2). When did you all get together?
Josh joined our ranks and completed the Penance line up in 2011.
The rest of us had been together for a couple of years before.

3). How did you all meet?
Well George and Simon had been jamming (and drinking) together for years. After one particularly heavy jamming sessions (and heavy night of drinking cheap whiskey) they stumbled across Gaz; drunkenly, wrestling a man in a bear costume (to this day we still tell him it was a real bear). Jon just appeared at our practice one day with nothing but a flutter of bat wings and a howl from a lone wolf, and Josh was rescued by the rest of us from his old emo band Cutting Too Deep… or was it Battersea Dog Home, I don’t really remember…

4). How would you describe your music?
Like a metal hard-on, wrapped in a sandwich of ecstasy and garnished with a sprinkling of self-deprecation. You should see what’s for pudding?!

5). Who are your major influences?
Metallica, Maiden, Machine Head, Opeth, Slipknot, are probably the most notable ones

6). Complete the sentence: One day as a band we hope to…
…be able to come up with our own witty one-liners.

7). Why should people listen to your music?
Because they will be missing one hell of an experience in life if they don’t.
We’re like nothing else that is out there!

8). What are your plans for the upcoming year?
Primarily the release of our 2nd album Dawn of a New (sav)Age (out 25th March 2013) and all the stuff that goes with an album release like touring and marketing/promotion. We’ve got a couple of festivals lined up too. We’re currently working on our next album and writing/recording for that. On top of all that, we’ll be doing plenty of other gigs too! So come see Penance at a town near you!

9). What albums/EP’s have you released so far and where can people get hold of them?
Last Rites is available on all good digital music sites (iTunes, Amazon, Play etc.)

10). Finally – say something profound that will make everyone think:
If a fat girl falls over in the forest and no-one is around to hear it, do the trees still laugh?

Check out our review of Penance HERE, and their Facebook page HERE.